Home » Work » The Films of Will H. Bradley » Patria 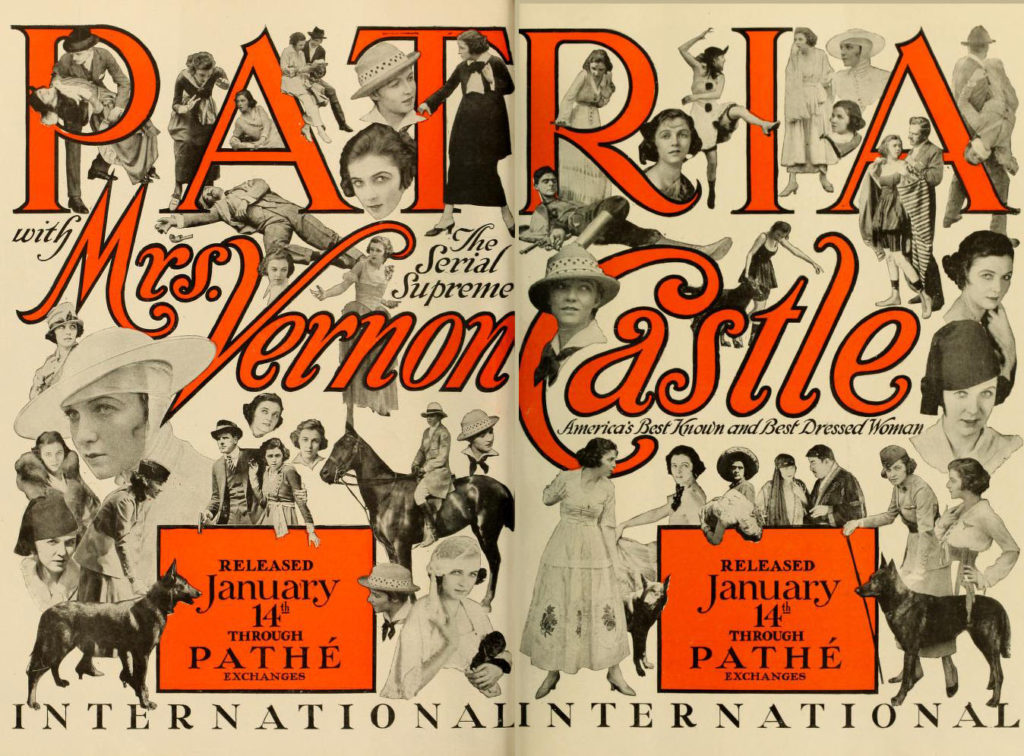 “From the standpoint of the box office — and, indeed from many others — International’s Patria serial by Louis Joseph Vance, starring Mrs. Vernon Castle, is probably the best feature of that kind ever produced.” 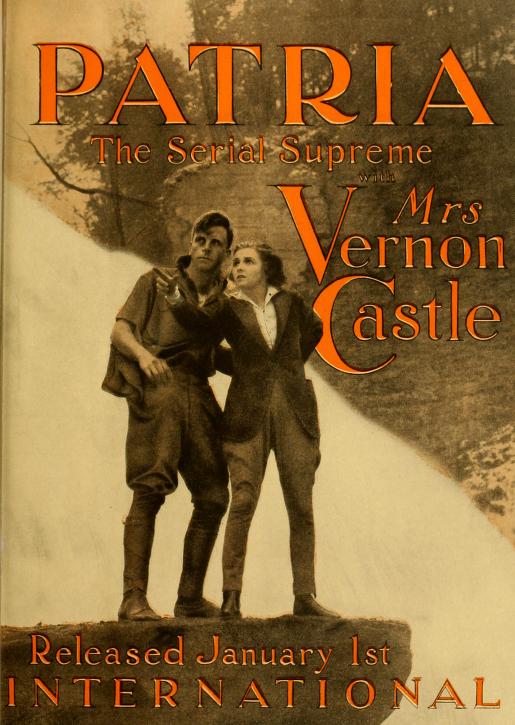 Filmed in Ithaca, New York. Hearst financed this propaganda-laden serial to point out that Mexico and Japan might attack the U.S. during World War I.

A young Rudolph Valentino can be glimpsed in a group scene in a dance hall, filmed in New York City at a club where he was briefly employed. 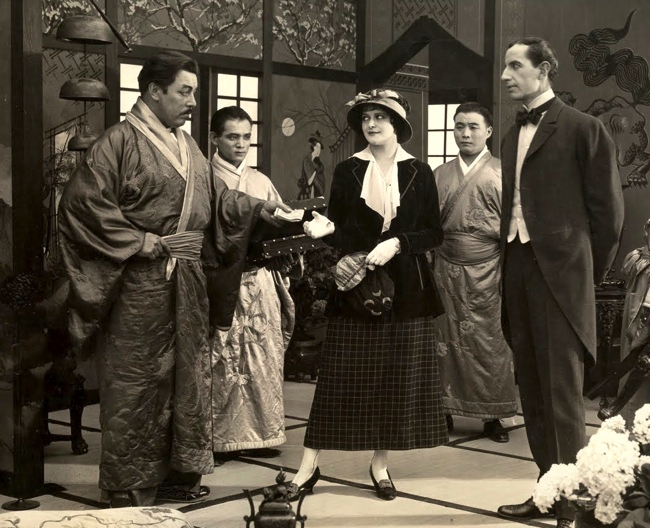 Episode 1: Last of the Fighting Channings. The night before munitions heiress Patria Channing is set to claim her inheritance, she is summoned to New York by her guardian. On her way to New York, she is attacked by men under the hire of Baron Huroki, leader of a gang of Japanese secret agents, but finds a valuable ally in U.S. Secret Service agent Donald Parr.

Episode 2: Treasure. After her guardian is murdered, Patria finds a note telling her of a secret vault under the house, containing 100 million dollars. Baron Huroki and his men sack the estate in search of the money and are willing to burn the place down if necessary to get it.

Episode 3: Winged Millions. Donald searches for the treasure box, stolen by Huroki’s men, but Patria follows him and unwittingly stumbles into a trap.

Episode 4: Double Crossed. Huroki schemes to replace Patria with a lookalike dancer named Elaine, whose jealous manager has other plans.

Episode 5: The Island God Forgot. Donald overhears a conversation about an island of Japanese spies and munitions and plans an attack on it, just as Patria washes up on the same island after she is thrown off a ship by the spies. 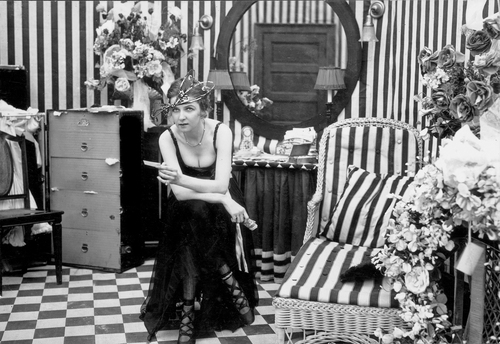 Episode 6: Alias Nemesis. Elaine, still posing as Patria, announces her engagement to Juan De Lima at a party, but when she goes back to her room, she finds the real Patria there, who forces her to change places again. After this, Elaine’s vengeful manager sneaks in and shoots Elaine. When Huroki arrives, Patria poses as Elaine and tells him that the corpse is the real Patria.

Episode 8: Red Night. Huroki attempts to ferment a strike at the Channing plant, but is foiled when Patria immediately concedes to the workers’ demands, on the condition that they all be given military training.

Episode 9: Cat’s Paw and Scapegoat. Huroki attempts to destroy Patria’s loyalty to Donald by setting him up to be discovered with another woman.

Episode 11: Sunset Falls. Patria and Donald leave New York for the Mexican border so that Patria can check on her ranch. However, as soon as they arrive, the ranch is attacked by Huroki, who has also migrated south.

Episode 12: Which Passeth All Understanding. Huroki plans a full-scale military assault on the Channing property while Patria prepares her men for battle.

Episode 13: The Wings of Death. Donald leads a group of men to rescue one of Patria’s friends from Huroki’s camp, while Patria gets into trouble with a government agent who is concerned about her private army.

Episode 15: For the Flag. After being forced back, Baron Huroki plans a night attack. Patria’s men can barely hold out until morning, when they attack the combined Japanese and Mexican forces with a tank.