Home » Work » The Films of Will H. Bradley » Beatrice Fairfax 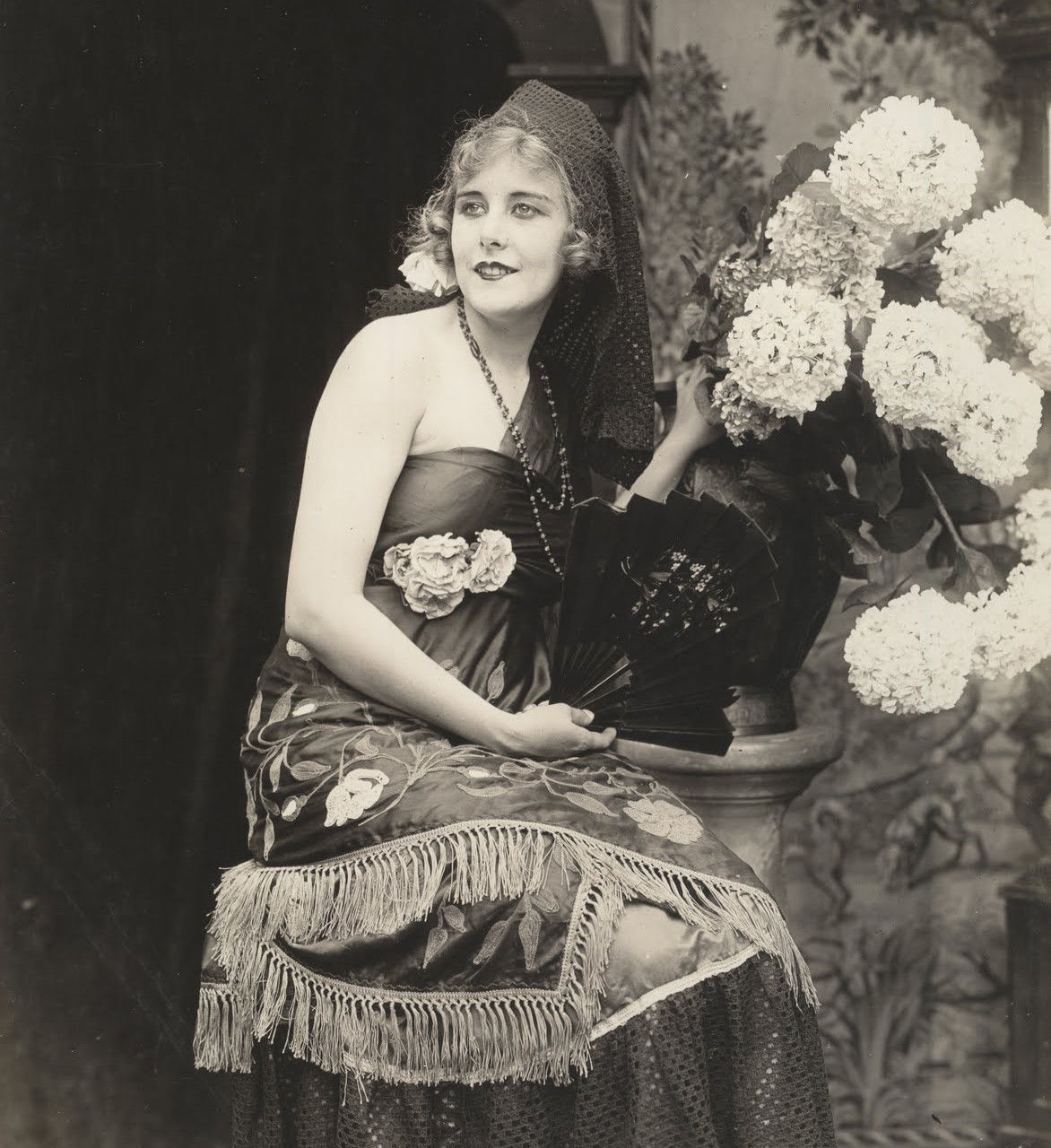 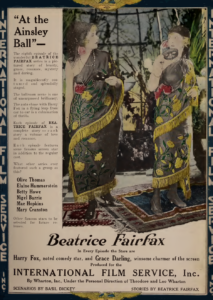 In 1914 Theodore and Leopold Wharton established their own production company, The Whartons, Incorporated in Ithaca, New York. They were the first directors to establish their own studios as independent producers. William Randolph Hearst’s first investments in motion pictures were for their adventure serials The Perils of Pauline (1914) and The Exploits of Elaine (1915). Beatrice Fairfax was produced in Ithaca, New York during 1915-1916.

In Oct 1916, Bradley’s interest in film (and as it has been written, the success of the two previous serials) spurred Hearst to ask Bradley to art direct his future films. By then, the first ten episodes of Beatrice Fairfax had been filmed. 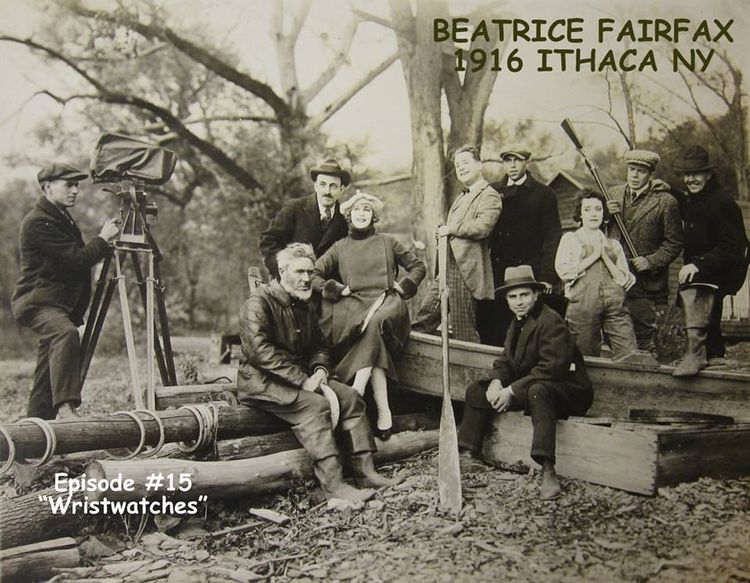 Will H. Bradley on the set of Beatrice Fairfax, standing to the left of Grace Darling.

“Directed by the Wharton brothers, who filmed The Exploits of Elaine, featuring Grace Darling as the ‘advice to the lovelorn’ columnist turned crimefighter and Harry Fox as her comical and clever assistant Jimmy. Beatrice and her friend and not-so-secret admirer Jimmy Barton investigate calls for help (which usually arrive by handwritten letter to Beatrice’s New York Evening Journal office) and escape exotic perils and dangers. Episodes include exciting and fun stories of baby-napping, blackmail, jewel thievery, disguise, counterfeiting, and the long-unseen episode featuring entrancing cult starlet Olive Thomas and the real New York Yankees and Giants playing a game in the Polo Grounds. Olive is onscreen for almost her entire episode.”

Fourteen of 15 episodes survive in the Library of Congress film archive, AFI/Marion Davies film collection. Originally to be released nationwide on the 7th of August, the New York premiere was postponed until 28 Aug 1916, due to the “infantile paralysis scare,” an outbreak of polio in New York City. The 1916 epidemic caused widespread panic and thousands fled the city to nearby mountain resorts. Movie theatres were closed, meetings were canceled, and public gatherings discouraged. Children were warned not to drink from water fountains and told to avoid amusement parks, swimming pools, and beaches. 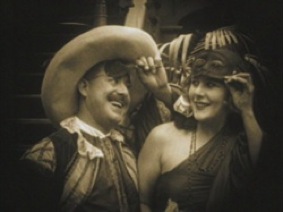