After the death of her husband in October 1957, Fern Bradley Dufner and her father moved back to California. Will Bradley’s friend Carman Bliss wrote that Bradley ‘wanted to return to a warmer climate but not to the smog of the Los Angeles area’ that he’d experienced in Pasadena.

So they settled in the Clairemar garden apartments, near the sunny shores of La Jolla, California just north of San Diego. The modernist Clairemar complex (now called Park La Jolla) was developed by Carlos Taveres, who named it after his wife and daughter, who both bore the name ‘Claire.’ The oceanview complex was designed in 1948-1950 by Harold Newton Abrams, architect of the innovative planned community of Clairemont. Abrams, Benson Eschenbach and Richard George Wheeler designed 20 floorplans for the first development of 500 homes.

Bradley was now 89 and his health was failing. By 1960, he was in a rest home in La Mesa, California. 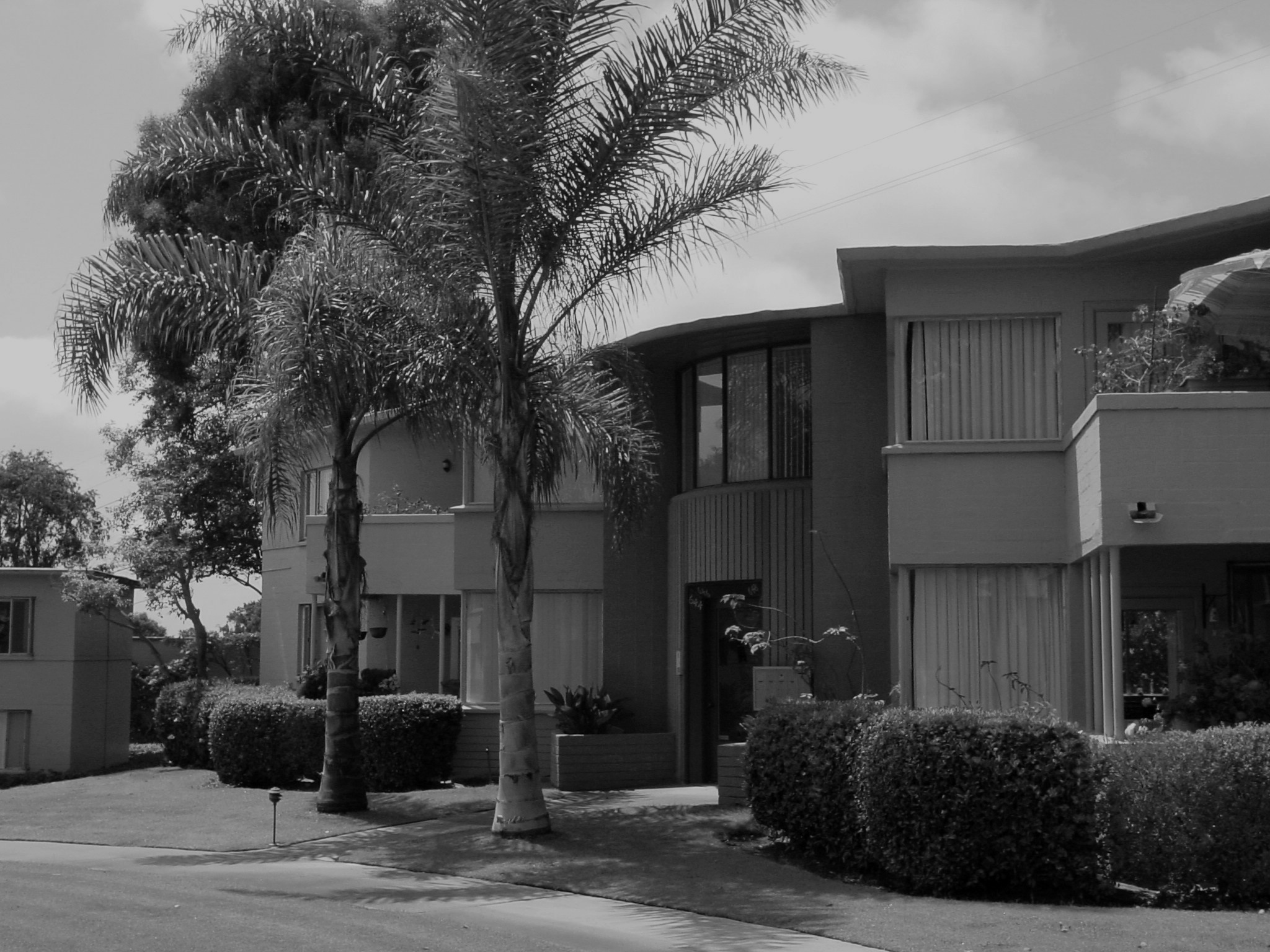